STEB skipped the Saturday boot camp this timePeeps had to drop out - that's no crime.She opted to do another run swim brickA bit chilly outside - make that run quickSwam with RBud at the Providence poolAt first split the lane - that was cool!Two late swimmers then arrivedBack to circle swimming no surpriseSTUR had her own stair bookcamp of sorts:Found a nice location near home she can report!

JRab, STEB, and STUR headed out to Prince William Forest Park;All were going to run in some way - not on a lark!For STEB and STUR it was the 10-mile Backyard Burn,They were excited about the pizza they would earn!Got there early so to the warm car they did retreat,As laid back trail runs can't be beat!
JRab thought about being a bandit,
But he wouldn't do it 'caus he hadn't planned it!
Porta potty one more time and the race was a go;
JRab went off on a road run don't you know!STUR and STEB started off at the same pace,But separated at the trail - after all it's a race!Something else happened - almost forgot to say:They saw a runner cut the course - no way!!?For STUR the first four miles went by in the blink of an eye!
But constantly focusing on staying upright- oh my!!Next thing STUR knows she's with the 10-mile sweeper,A nice guy named Jay and he was a keeper!As a reporter for local abc 7 news, he gave her trail running tips;And kept her occupied so she wouldn't feel whipped!Looked up ahead and not that it mattered;Saw she could pass two girls and could hear their chatter!Finished up the hill and was happy for that -Also that she didn't go down like "splat!"
STEB had a blast at the 10-mile BYB;
This was her third trail race ever you see!Course was a nice mix of crushed gravel road,And plenty of single track truth be told!Props to the race folks for marking the course trail;Hanging pink markers and arrows had to be hard work - they didn't fail!A very special thanks to the aid station folksIt was nice to see a friendly face in the middle of nowhere - no joke!STEB's goal was to finish and stay upright;Happy to report she did - outta sight!! What's this?! Can't believe it? No pizza is left?!!It's a bummer and Team Rabbit is somewhat bereft!Grabbed their coke, bagel, and popcorn to go -Still had a fun race they did crow!
Team Rabbit would do these races again, no question.
Running off road can be a challenge - but fun!

SRab is no dare devil it is commonly known...
But this weekend she did some things out of her comfort zone!
Climbing up bars to do some pull-ups!
Attempting some handstands! Was this Crossfit? YUP!!!
Fast forward to Sunday and a technical trail -
When she saw the course info she wanted to bail!
But show up she did at Hemlock Overlook -
Slowing down and being mindful was all it took!
Stayed upright on this 5.5 mile course -
Kind of hard with the fast 10-milers coming in force!
Stream and log crossings and some steep descents,
But the pizza at the finish was heaven sent!
FYI - SRab will have another name to go by:
The name is "STUR" and it's not just on the fly!
Silly the Ultra Rabbit is what it stands for;
But you can also call her SRab I am sure!!
This weekend EBun's things got changed around:
Saturday a short trail run then by the pool she was found!
The trail run was practice for what's coming down the pike...
Another BYB? Why, it'll be outta site!
She stayed upright, too - that's always good news,
Even though she doesn't yet have trail running shoes!
The swim went well - her shoulder played nice.
But going much longer'd be like rolling the dice!
Then she'd noticed the low tire pressure gauge in her car...
Better get it checked out before driving to far!
It was all good - the tires just needed some air -
Thank goodness because another flat was more than she could bear!
Then she was off for a little R and R...
Visiting friends in Richmond and maybe hit up a bar?!


EBun also made a new kitty buddy:
His name is Emmett and was so stinkin' cuddly!!
Sunday morning she headed back home...
This traveling gnome had yard cleanup? Hold the phone!
Now EBun also has a new rabbit name;
Because you can't always keep things the same!
We now call her "STEB" - what do you think it means?
Sprint the Energizer Bunny, if you please!

Team Rabbit, STUK, and JRab (Jeff aka Jack Rabbit) all ran across the Chesapeake Bay...
The distance of the inaugural event was a 10K!
They crossed the water, running on the bridge;
After CanLake50 SRab thought a 10K was just a smidge!!
Do you know who William Preston Lane, Jr. is? A little trivia for our peeps!
As the Governor of Maryland who initiated the construction, this bridge is for keeps!
On Saturday EBun, SRab, and STUK hit up packet pick-up
Got their bibs and t-shirts after a little directional mix-up!
Later on had some beer and Italian food that was fabulous!
And spent the night at the O’Callaghan Hotel in Annapolis!
But first to get to CVS they took a cool, free trolley-
Since they forgot to bring some essentials with them, by golly!
But there's something you can't get at CVS...
Just call them 'unmentionables', if you have to guess!
Turns out SRab saved EBun's day by packing something extra
Do Rabbits have each others' backs? Oh yeah, you betcha!
EBun saw some Z peeps at the beginning and the end;
It is always nice to get to see some friends!
SRab and STUK are waiting for their wave to begin
With a really beautiful sunrise view, for the win!
They announced all 50 states and 11 countries were represented-
Pretty cool for going over a bridge that was suspended!
EBun had planned this race as her "A"
After a tough October she did her best this day!
For STUK the race was kind of like a "C" -
She took lots of pictures of the scenery!
SRab was totally happy not to walk a step;
Can’t believe after doing the CanLake shuffle she still had some pep!
Looking at the water from above was surreal - so inviting and calm…
No sign of all that chop from June which gave EBun and STUK a few qualms!
During the race both Rabbits felt a bit overdressed.
Since by perfect weather they were certainly blessed!
At the finish line received a medal which was shiny and bright-
It's like a puzzle piece - outta sight!!
After finishing the race STUK was so thirsty;
Went to the beer tent and they gave her one for free!
EBun made a new friend in the coffee line;
A South Carolina Gamecock with a fast finish time!
Everyone met up by the beer tent shaped like a dome...
Hung out for a bit before heading back home!
The organization for the race was off the charts -
These Rabbits and friends racing give it FIVE HEARTS
On the way home stopped at Smoky Bones and gave it a thumbs up: 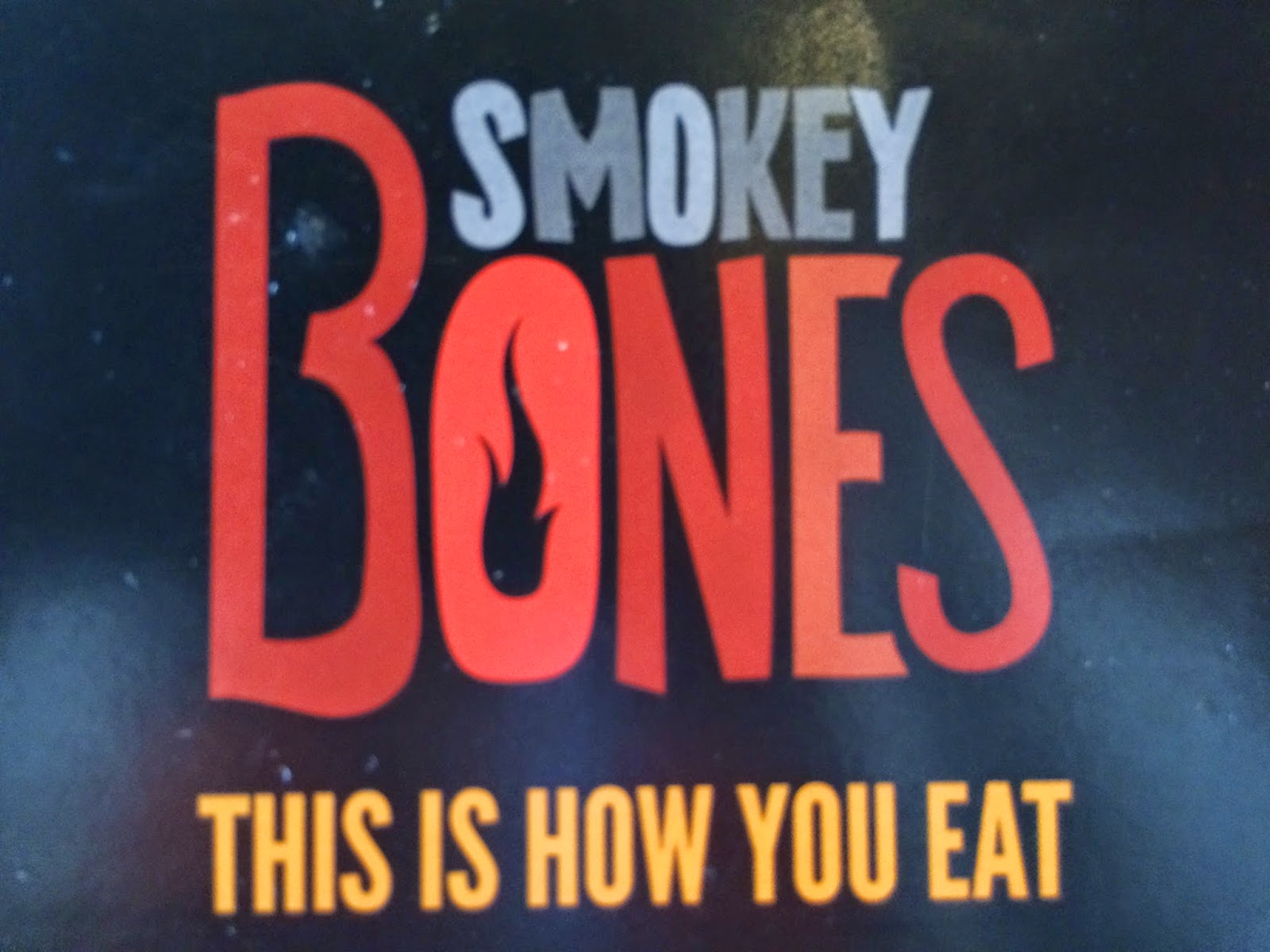 And as they walked out of the place they all said s'up?!
Team Rabbit and STUK combine to be Rabbituk;
They always have lots of fun but promise not to create havoc!
The Rabbituk friends really thought that Across the Bay 10K race rocked


They would definitely do it again - so don't be shocked!

On Friday SRab and STUK met at EBun's house -
Halloween movie night was what it was about!
A Hippie, a Viking, and a Pirate were handing out candy;
And a Mamma Mia sing a long made things dandy!
Saturday night EBun, SRab, RRab, and RBug’n fam attended the Navy/Notre Dame game -
As football rivalries go this one is sure insane!
Even though they were sitting out in the cold:
On their AUsome high up FedEx Field seats they were sold!
Notre Dame won and here's the thing-
They had an indoor tailgate at Buffalo Wild Wings!

Sunday EBun got on her Backyard Burn -
That is 5.5 miles at Wakefield Park - she finally took a turn!
She had a blast and pretty much ran it all;
And was super happy she didn't take a fall!
One dude passed her and did a cool move -
EBun praised him because he was in a groove!
But oops then he tripped and did a dive roll thing....
He kept it in all in stride and kept on moving!
She got to see STUK again and Thumper and some other peeps
She's looking forward to more BYBs - these races are for keeps!

On Sunday SRab cried, "Who let the dogs out?"
Since it was WARL'S doggie dash without a doubt!
Tessie was looking cute dressed as a "rufferee"-
She was going to run a mile in that outfit you see!
Met up with RBud, Nephew Justin, Lily, and Sunnie!
Their dogs were dressed as soccer players - isn't that funny?
After the mile dog trot it was time for a 5K...
Nephew Justin won the whole race - he didn't come to play!
SRab was happy to not walk a step -
Was the hill a beast? She says YEP!


Team Rabbit was happy on Sunday morn
For the fall back hour that was earned!!